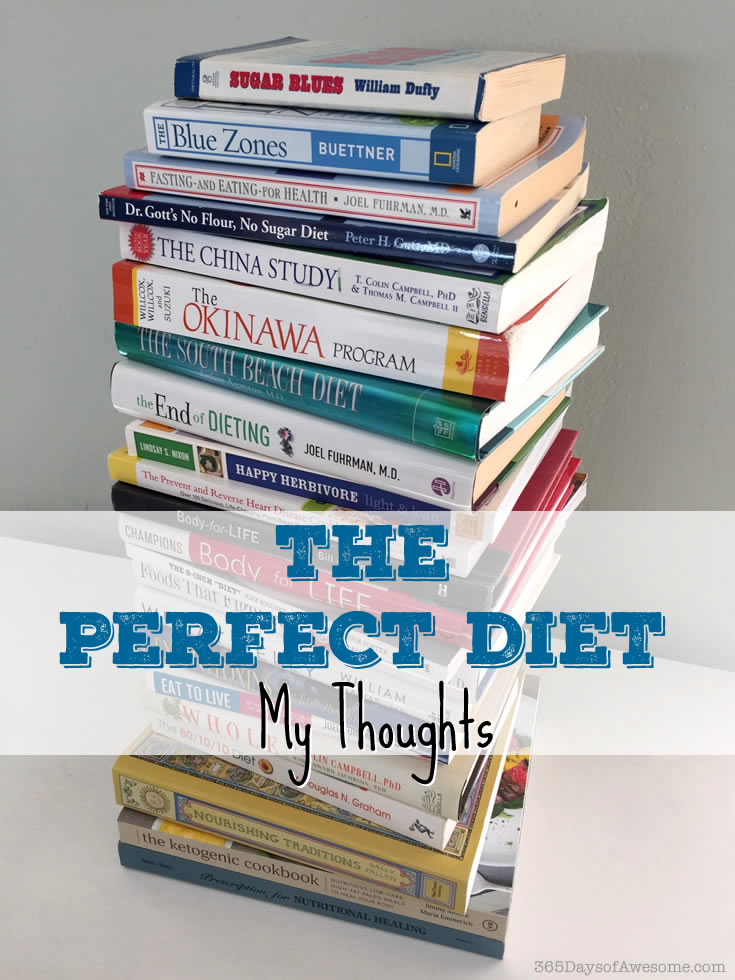 Did you know that none of the longest lived people on the planet were vegetarians?

Or that none of the longest lived people were actually Paleo?

Crazy, right? How could this be? Surely one of these diets is the right diet for humans.

I can promise you that there are people that will tell you that from both camps, and they’re both right.

That settles it then. So glad you stopped by. Kidding.

But seriously. The perfect diet. There’s even a video from the Paleo camp with that title, I believe.

But no. It’s actually not.

And neither is the vegetarian diet, or the fruit only diet, or the ketogenic diet, or even a whole-food plant-based diet.

Because even you and I have very different bodies, situations, backgrounds and genetic histories. That’s why.

And I’m not even including the variable of the fact that our modern food in America is mostly crap.

I’ve read two books that detail the lives of communities where the people live to be 100 or older, while still being active and having their wits about them to the very end. Just imagine that for a moment.

None of them are vegans. Only one of them are mostly vegetarians. The others don’t eat a lot of meat either. These areas are called Blue Zones and there have been 5 of them identified.

Check out the book, The Blue Zones. It’s pretty detailed and explores the lives and culture of these 5 little pockets of people who are considered to be the longest lived in the world.

They did have some things in common though:

The problem with reading the book and then reading through the scientific attempts at explaining it, are the simple fact that they are ignoring two obvious points:

So, this diet thing. It has to be considered from a larger view, and all of these issues have to be part of that view.

All of these things mentioned above cause cellular damage. Food is one of the most effective ways of repairing that damage. So is exercise. And so is going outside. It’s not a one size fits all proposition. I’m sorry. It just isn’t.

But how can that be? They’re all so different.

Funny you should ask.

The answer is simple: it depends on the circumstances.

Let me explain: American humans on average are sick to a greater or lesser degree. And I believe that most of what ails us can be handled with diet and nutrition. However, what handles high blood pressure is not necessarily what sorts out colitis. What helps with Cancer, doesn’t necessarily remedy arthritis. Even the management of seizures have been addressed through diet.

But again, different dietary needs can help with specific conditions, and it is not “one size fits all”.

I’ve learned this first hand with friends and family, and even myself.

My healing process was unique to me, and I did it in stages, and ate differently at each phase: I ate nothing but fruit for over a month. I ate fresh greens and copious amounts of berries for quite some time. All organic, of course. I ate lots of watermelon for a while. The thing is that all of these foods had a specific purpose and were chosen intentionally to create a specific result.

It’s really about why, as a culture we’re even looking for the perfect diet in the first place.

Which brings me back to my point: because we all want to feel good, look good and have a body that will carry us through life with vitality. So that we can live to be maybe a hundred and still be active and have our wits about us.

Well, that is attainable. I am certain of that.

But it won’t come about through a short-term fat loss fad diet. Or just any old short term fad diet for that matter.

I will be covering this in greater detail in future posts. But for now, I feel that a broader view is in order on this perfect diet business.

What do you think?

You can read more about the specific Blue Zones in this great article:  Longevity Tips from the Blue Zones

Why I Ditched Tampons For Good

Get Rid of Chlorine and Chloramines in Your Bath