What is intentional living?

LIVING IN A WAY THAT IS INTENTIONAL.

I realize that may sound like I just repeated myself, but let that last line sink in for a minute…

Living with intention means living in a way that is in line with your personal values, beliefs, and purposes. This can include religious, political, creative, or personal. In the end, it really comes down to understanding what matters to you and living a life intentionally in alignment with that.

Intentional living means having defined goals for various areas of your life and then designing a life that helps you reach them. The problem is that most people live their lives sort of rolling with whatever life hands them. I get it. This is what normal looks like actually.

I know when I moved out on my own, I had no idea what I really wanted to do with my life. I did have to pay for things though, so I got a job. That’s what you’re supposed to do, right?

I sold magazine subscriptions in a phone room. I was a hostess at a 24-hour restaurant. I was an administrative assistant. I sold laptop computers. I was even a preschool teacher.

I also got married and started a family.

In fact, we had 3 kids before I even turned 21, but I still had no idea what I wanted to do with my life.

We moved into a place we could afford, and furnished it with things I hoped would impress my friends. Like most people, I tried to drive a car that made me look successful in some way, and I dressed according to whatever everyone else seemed to be doing.

We ate junk food and fast food. I made meals from the frozen food section that came in their very own aluminum trays, and I definitely took my kids through the McDonald’s drive-thru to get those collectible Happy Meal toys.

We worked every day, and eagerly watched the clock tick down to quitting time each Friday, and then we spent the weekend getting caught up on all the stuff that got behind during the week. And then it was Monday again…

This was life. And IF I’d spent the rest of my years doing that, I would have missed out completely on actually LIVING.

It started shortly after my 4th child was born. He’d had a constant upper respiratory cough and no matter what we did, it would not go away. Then a friend asked if I’d had the house inspected for mold. Mold? Is that a thing?, I thought. I hadn’t seen any mold. But come to think of it, there was a musty smell in the house…

I had the house inspected, and sure enough. Not only was there a mold problem, but there was a toxic black mold problem and it was endangering my newborn son’s life.

Everything changed after that. We had the mold treated, but the cough lingered–just not as badly. Within a couple of months, we bought our first home and moved. His cough resolved completely within 24 hours of moving in.

And, for the first time, I was hyper-aware of the immediate environment that I was raising my children in and the fact that there was even such a thing as toxins that could harm them.

Remember, we didn’t have the Internet really. This was early 1996 and I didn’t have the luxury of Googling anything. We didn’t have social media or search engines, so I couldn’t search for common household toxins that might harm my kids. It was just me, sometimes the public library, and figuring it all out.

This is a glimpse at the beginning of living intentionally.

Over the next few years I homeschooled my kids, we created an organic home garden, then Girl Scouts and Boy Scouts, I made my home feel like a home and I even became a Girl Scout Leader. I had one overriding intention in everything I did. And that was to create a life that mattered. For me, for my kids, for my marriage.

With that intention in mind, I started learning and growing. And as I learned more about the world, stuff, and life, the things that mattered started to evolve. And honestly, so did I.

It was like every day was a treasure hunt that resulted in making my life better.

I learned about the toxins in makeup and beauty products, in foods and in stuff. I discovered ways to replace those things with non-toxic, sustainable products. When I found out that there were hormones in foods, I researched why and what I could use instead.

Because I was hungry for knowledge and excited to learn, I was always willing to explore a better way to do something or a more sustainable way to go about getting what I needed.

This is what it means to live with intention.

It’s not just about the stuff either. That’s just a by-product.

Once I had an honest discussion about these things, I could use it as a guide in crafting our lives so that we thrived. We aligned our activities on the daily to add up to a week of living in a way that was fulfilling and had more meaning.

I mean, the magical and brilliant thing about living an intentional life is that you end up living a life built with intention.

Seriously. Instead of waiting for life to happen, you end up being the architect and designing a life that matters to you. Isn’t it a revelation to know that you’re in the driver’s seat? It was for me.

Intentional living might seem like work, but it isn’t because, after a bit, it just becomes “the way you live.” You know what the end-goal is so decisions become easier. It even gets to the point where you can say, “Oh, that product? No thank you. That doesn’t align with my values.” Or when someone says “You know, you should let your kids do this or that”, you can easily say, “Nope. That’s not how our family rolls.” or “Oh, that sounds awesome!”.

The uncertainties and taking random advice from places and people who don’t know your values, dreams, or objectives just sort of melt away. It’s an investment that actually buys you a sense of peace.

Now you can assess the activities and people in your life against the goals and purposes that matter to you, and address or eliminate them accordingly. Talk about creating freedom.

So yes, intentional living is a brilliant way to craft and plan a life that’s not only worth living but extraordinary. This is how every-day children are raised to become competent, compassionate, awesome adults one day. This is how you take a relationship from “just hanging in there” to staying in love and building a future together. This is how you go from working all day to get by, to doing something you love and thriving. And this is how you go from being a spectator on this great big ball of mud to a custodian of the future.

It all starts with you deciding that you’d like to live a life that matters, not just for you, but for the others who share your life. With that in mind, you can start living with intention now.

Save the Bees Please

Why I Ditched Tampons For Good 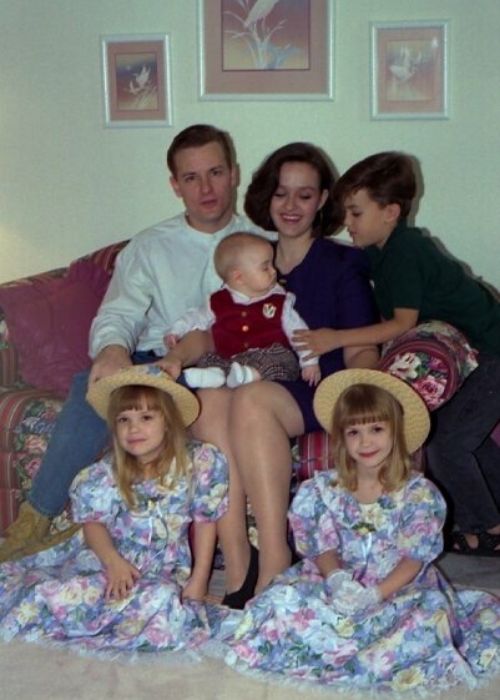