Imagine for a moment that every person you knew smoked. Imagine that it was an expected thing to do and so socially ingrained in the society that even children started smoking at young ages. Now imagine that there were some people who didn’t smoke, but they were the exception and others sort of included them just a little bit less when there were social functions.

Yet, this is a pretty accurate account of the food scene here in America. Hear me out on this.

Food is actually one of the most addictive substances people put in their bodies. It makes perfectly rational people go out of their way to get a fix even when they know better. Sensible people with life threatening conditions will stuff food in their mouth that their doctor has explicitly said NOT to eat. Millions of people agonize over their own self-sabotage when they’re supposed to be dieting.

So, why is it so hard to eat the food that WE KNOW we should be eating, and avoid food that we know is harmful, makes us fat, makes us feel like crap, reduces our mental capacity and even trashes our sex drive.

So, why, why, whyyyyyyyy do we do it?

This is what addiction looks like, folks. Plain and simple.

Okay then. But WHY is the food we eat so addictive? The bad food, I mean.

Why aren’t we addicted to salads? When have you seen a dieter sneaking down the stairs in the middle of the night to get a lettuce fix? I wish it were that simple.

I do have a theory though.

I’ve spent the last 7 months overhauling my body’s system with food mostly. The goal is simple: change my body’s eco system inside and out. EVERYTHING. Not just my body, but my environment and how I respond to it.

See, it’s not just a diet thing. It’s a whole package. I never realized just how food-centric my life was until I did this overhaul.

I have a big family, and we have traditions and habits that have shaped our relationships: 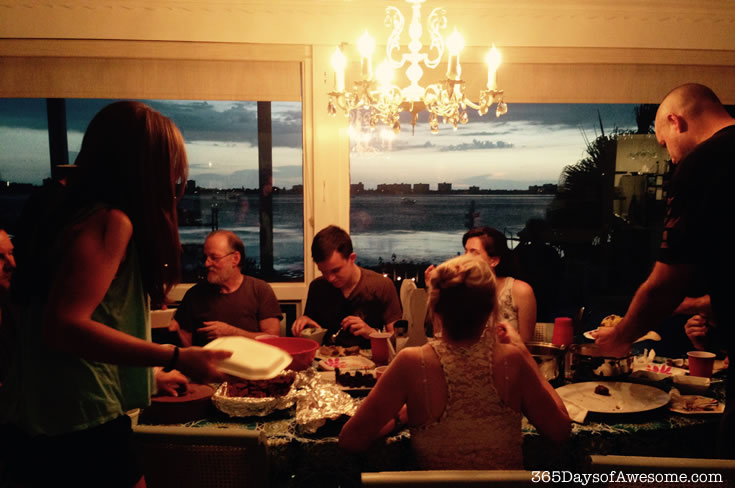 We have brunch with our kids and grandkids regularly. We have tea with my in-laws often. Every birthday is a big deal and celebrated on the closest next Sunday evening: there are over a dozen immediate family members, plus another couple close friends that are like family. This does not, of course include holidays like Easter, Mother’s Day, Father’s Day, Thanksgiving, Christmas, etc. We have family functions sometimes 2-3 times in a single month.

To put it bluntly, dieting has historically sucked for me.

Food is central to every one of these events. It’s part of what makes up the moments.

I want to eat well. But I want to stop at Cracker Barrel and have pancakes with my family when we’re on a road trip, too. Or do I? 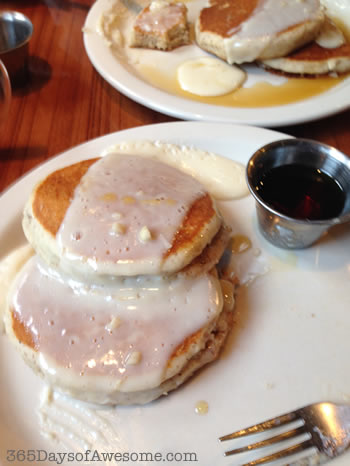 Actually, I do. When I’ve been eating a fairly steady diet of the standard American fare.

You know what though? I don’t crave it when I’ve completely eliminated it from my diet. Not even a little.

I discovered this quite thoroughly over the holidays when I went off my protocol. I wrote about that experience here. It’s similar to this post, but there was still more to be discovered on my relationship with food.

Remember that bit about imagining a whole culture of smokers?

I mentioned that a rare few did not smoke even in that culture. Those are your Salad-eaters in the world we live in now. I use that term descriptively, but of course they eat more than just salad. I know people like that, and I often wondered if they feel deprived when everyone around them is eating desserts or other not-so-awesome foods. I now know that they simply do not crave the same crap we do. They are fit, healthy and enjoy a better quality of life than the vast majority.

I used to smoke; for more than 20 years, and generally a pack a day. That was 8 years ago.

I don’t miss it. Not even a little.

I can sit with friends or acquaintances who are smoking and I don’t have the slightest inclination to smoke, nor the minutest craving. I understand how people can have that because I was that person; an addict, and I tried to quit many, many times before I finally did quit for good.

I understand how the smoking thing works and how it can make perfectly rational people stand outside in the pouring rain, or freezing cold, or sweltering heat just to have a quick smoke. I remember the feeling of desperation in discovering that I had no cigarettes and driving to a convenience store in the middle of the night just to get my fix. I remember convincing my daughter to stay home with the rest of the family when she wanted to drive with me to town, but I wanted to smoke cigarettes and I wouldn’t be able to smoke if she was in the car with me.

Can you imagine? Choosing a habit over quality uninterrupted time with one of your very favorite people in the whole world? Yep. Addiction will do that to a person.

You know what I found out about myself? That it started with me.

When I quit smoking, I knew with certainty that I was done smoking. I also knew that I just never had to have that one cigarette. It was that easy.

People who try to quit smoking while still smoking a little here or there, have a hard time of it and a pretty abysmal success rate in general.

People who change their lifestyle and eat healthy nourishing foods, while still sneaking in a steady dose of even small amounts of crappy food, rarely succeed in breaking the addiction of food.

It’s that simple. And it’s that complicated.

We live in a world where food is EVERYWHERE. Navigating these “tasty” land mines can be a challenge, but only for a little while. Some education on nutrition to change the mindset, and a steady diet of nourishing foods that heal and taste delicious over time will do the rest.

Just like the cigarettes; I just have to skip that one toxic bite. Just decide not to indulge, and don’t.

I no longer enjoy the crappy food I used to love indulging in. They don’t taste anywhere as good as the food I usually eat, and my body responds so quickly to the toxic effects of these so-called foods that it’s easier than ever to pass on them.

I feel like, for the first time in my life, I actually understand what it’s like to be one of these Salad-eaters. I can enjoy a social function and pass on the bad stuff without the slightest struggle. I don’t feel deprived because I don’t even crave it.

This is what life is like on the other side of addiction and it’s a beautiful thing.

Why Berries Made Me Sleepy

My Confession: A Lesson in Judging Others

Welcome to The End of Food Addiction Forever